“I had never even held a guitar when I decided I wanted to learn to play at the age of 42. I knew what I was looking for in a guitar tutor: someone I could relate to on a personal level, someone who was a talented player and, most importantly, someone who made playing the guitar fun.  I “auditioned” another local guy who ticked some of the boxes but it was when I met Ryan that I knew I had found the person I wanted to work with.

In the last four years my guitar playing has reached a level I would never have before thought possible. Ryan is a patient tutor, an accomplished player and a talented luthier which is a rare and valuable set of skills. His knowledge of guitar playing techniques, musical genres, and music theory is exemplary and, besides all of that, he’s a really nice guy who keeps me motivated. I consider myself lucky to have Ryan as my tutor and would recommend him to aspiring players of any age.”

“I was a teenager when I first decided to learn to play guitar. I initially started with electric guitar and wanted to play rock music. Ryan taught me the basics and helped me develop my playing. However as my skills developed and my personal tastes changed, I found that I wasn’t satisfied with rock music and wanted to grow as a player. With Ryan’s encouragement and tutoring I moved onto more complex playing styles and looked at classical and finger picking.

Ryan caters to all ages and musical styles, never did he turn his nose up at something he may not personally enjoy, he was always happy to help me learn a song. I always found Ryan to be very patient with me if my playing wasn’t improving as fast as I liked and he was extremely personable and friendly. Even though my tutoring has stopped now, i’d consider him a friend to this day.” 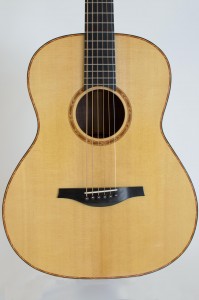 Hello all, thanks for looking at my site.  Feel free to have a snoop around……….